Suddenly, I have a first draft 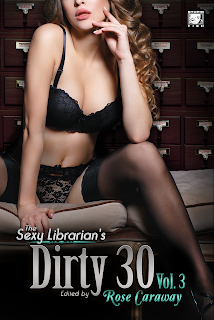 PLUS, another (unique and very dear to my heart) project is about to be released unto you, so follow me on twitter (@RoseCaraway) for those exciting announcements.

Have you followed my KMQ podcast on twitter (@theKMQ)? We've been giving away tons of our audiobooks & print books there. Click and follow so you don't miss out. The next giveaway is about to start!

In between all the things, I revisited an old story, and suddenly I have a first draft.

I don't usually post/blog about any of my written works in progress like many other authors do. For me, fully opening the door for folks to look in and see how I'm working a story feels a little uncomfortable. I'd rather just publish a completed project that's ready to rock. If I blogged about every story idea that came to me, readers would discover how quickly most of those ideas/stories don't really get off the ground. They're usually just glimpses of ideas that I set aside and then come back to later. Sometimes years later, eep!

Anyways... I need to be better at sharing progress on WIP's, so here goes.

The title of this story was mentioned on the KMQ a couple of times, but long ago, and I can officially say that the first draft of Dirty Witch is done. As good as it feels to say that, I must immediately bookend that statement with, 'she is a 1st-draft in desperate need of a 2nd.' But, honestly, now that I'm in 2nd-draft mode, I love this story more now than when I first started writing it on 06/28/10?! Yeah, I gasped when I saw that date too.

It's almost embarrassing to admit that Dirty Witch came to me nearly ten years ago and in a dream no less. She's actually the 3rd witch in my dreamy little 'witch' series. (Succubus and Wolf Witch part 1 were already released on the KMQ, but there are still more sexy witches to introduce to you before they all finally come together in another book). As of last night, Dirty Witch clocked in at 36,741 words, but over the previous weeks, I've discovered that there's more to her story that I need/want to tell. Maybe my 'finished' first draft is really just getting more of an upgrade. Also, I've got a couple of side-characters who keep nagging me to make them more noticeable, and I'd like to 'fill them out' too. So, hang in there. My Dirty Witch is coming, and I'm hoping you'll enjoy her as much as I do. 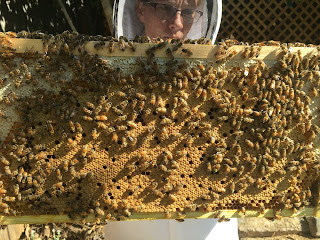 What a journey! And I've only just begun.

Recently, I was accepted into the California Master Beekeeper program. For the last month or so, I have studied intensely for my first exam. Today, I'm pleased to announce that I passed with flying colors. I am officially an Apprentice-level Beekeeper! I kinda love saying that.

During the practical portion of my exam and for the first time ever during a hive inspection, I went gloveless! It's impressive to me how many beekeepers are comfortable enough to go gloveless during their regular inspections, so I figured I would do it during my field test, or else I never would. Without gloves on, I examined all ten frames in the top brood box of a colony. I even picked up four worker bees and gently shoved them into a cage, to show that I could safely capture and cage my own queen bee and her retinue should I ever need to. My heart was pounding the whole time--I didn't want to get stung, but mostly, I didn't want to hurt the little darlings. I'm pleased to say, no bees were harmed during that little adventure. There are always a few casualties as beekeepers are going in and out of their hives. Restacking brood boxes is especially challenging when they're so heavy. There are ways to minimize those casualties and I do always try my best to not squish anybody.

I also performed what's called a 'sugar shake' to get a Varroa mite count for that hive. (If you are interested in why we monitor for Varroa mites, check out this link on Colony Collapse Disorder.) To do a sugar shake, a beekeeper must shake off one frame of young worker bees (found where the brood is) into a tub. Scoop up 300 individuals (a full 1/2 cup) and then dump them into a mason jar. Close the jar with a screened lid and then add about 1/4 cup of powdered sugar into the jar. You then shake the jar (thoroughly but gently for 20 to 30 seconds), making sure to cover all 300 bees with the sugar, so that the mites can no longer cling to the bees bodies. Then, you turn the jar over and shake out all the sugar onto a clean, (preferably) white surface. Finally, grab your nearby, handy-dandy spray bottle and mist the sugar until wet and you can clearly see the mites. I counted 8 during my test inspection. (Which is too many.)

Thankfully, bees survive the 'sugar shake' method, unlike with the alcohol wash, which is the method I used for my personal hive at home. It's said that the alcohol wash is a bit more accurate, but after performing both methods, I must say that I prefer the sugar shake over the alcohol wash. Once you've gotten your mite count, you can then open the jar and release your bees back into their hive. With the alcohol wash, all 300 bees die. Out of 30k to 45k--up to 60k bees (average) per colony, 300 isn't that many, but still. It broke my heart. 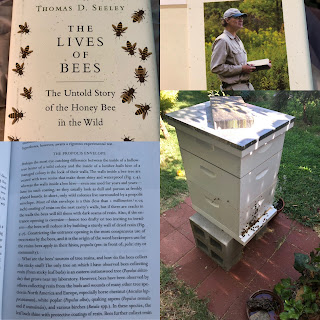 So, what's my next step? Well, I'm already getting started on the Journey-level study materials. This level will take longer than the Apprentice level. The trouble with qualifying for this next level is, instructors want me to register/manage three hives. In my county, legally, I can have only two. What's a girl to do?!

Beekeeping has quickly become a part of me. I think about bees throughout the day. Sometimes I can hear them buzzing in my head when I lay down to go to sleep. I love to walk out into my apiary just to see which plants they like best. My favorite thing to do (besides inspecting the hive), is to crouch down low, just off to the side of their front entrance, and observe what my little foragers are bringing into their hive. Most often, I see pollen pocketed in the bees corbiculae--the pollen baskets located on their back legs. Second to pollen is nectar. Those fat-bottomed girls landing at the entrance crack me up. I haven't seen anybody bringing in plant resin yet, but I know they are, there's propolis inside the hive.

It's been fun sharing my photos with you, I hope that you'll find amusement and intrigue in some of them as well. This buzzy new adventure of mine oftentimes seems magical, but mostly it's inspiring. My goal in sharing all this here with you is that, perhaps, you will be inspired to do something adventurous too. Maybe to start, you'll do some research online and purchase bee-friendly seasonal foliage to plant around your home.

- September 23, 2019
Email ThisBlogThis!Share to TwitterShare to FacebookShare to Pinterest 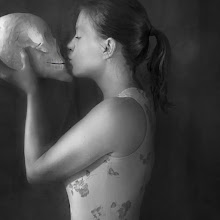